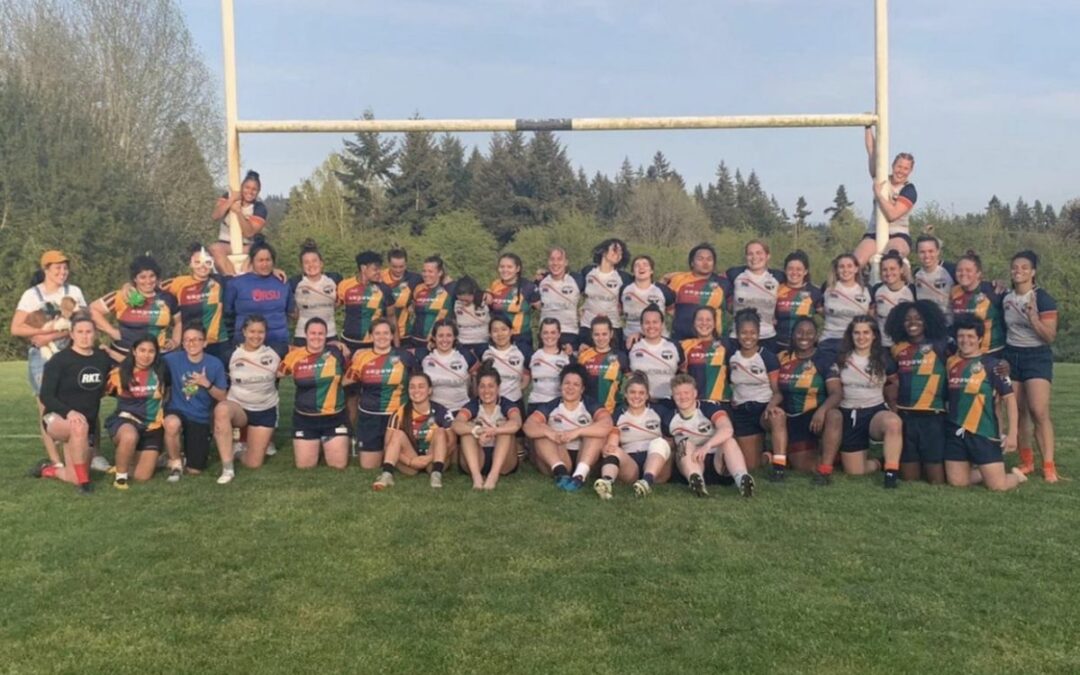 All of the Women’s Premier League (WPL) Week 3 matches occurred in the western portion of the country, and three teams remain undefeated after the weekend results.

Just like last week, Life West (3-0) was involved in the tightest contest of the round and emerged with a seven-point victory, this time against local rival Berkeley (2-1). The Gladiatrix took a 19-0 lead through Kayla Lawson (2) and Bitsy Cairns tries and two McKenzie Hawkins conversions. The All Blues answered through wing Elena Clark (19-5) before Life West center Julie Tordonato made back-to-back trips to the try zone: 33-5 with Hawkins’ extras.

With 30 minutes to play, Berkeley launched a furious comeback.

“For us, it’s as much of a mental benchmark as anything else. I think we know where we are physically,” Berkeley head coach Hannah Stolba said of the Life West match, which followed a Week 1 forfeit win and Week 2 abbreviated game. “It can be this intimidating thing for some folks, looking at a roster of mostly U.S. [national team] players. And I think it’s really motivating for some other folks. … From my perspective, it’ll provide some good feedback on where we’re at in the season and how we can scaffold and build for the year, so that we’re putting ourselves in the best place to be in a national championship game at the end of the year.”

Berkeley prop Abby Vogel, hooker Hope Cooper and wing Lauren Rhode scored in a 10-minute period, and Rhode added all three conversions: 33-26. Crucially for Life West, the team was able to score once more through Angelina Lomu, converted by Hawkins, which gave the Gladiatrix the cushion it needed when Kristen Siano closed the game with one more Berkeley try. Rhode’s fourth conversion ended the 40-33 match and also afforded Berkeley two bonus points. The rematch occurs May 28.

The other Blue Conference match saw Atlanta (0-2) forfeit to Beantown (1-1), but both Red Conference games took place. Twin Cities (0-2) traveled to the Colorado Gray Wolves (2-0), and the first half was marked by massive adjustments.

“The conditions were super windy,” Colorado Gray Wolves head coach Jamie Burke said. “We spent the first half running into a big, blustery wind, and that in general slowed down our game play. It also gave the Amazons more opportunity for kicking.”

The home side took a two-try lead through Rachel Ehrecke and Dee Nash, and then Twin Cities No. 8 Kathryn Johnson slotted a penalty, 10-3. Wings Sam Sullivan and Katie Lohaus scored for the Gray Wolves (20-3), and then Amazons center Emily Johnston scored at the 25-minute mark. With Johnson’s conversion, the visitors trailed 20-10.

“They have some really good center combos and connected well with KJ [Johnson] coming off the back of the scrum,” Burke said. “She seemed to be everywhere. She’s just a phenomenal athlete and you have to really respect her as a player, which means it takes a lot of defenders, which means it’s going to open space for other attackers around her to operate.”

Both teams scored twice before the break. Carson Hann and Lohaus dotted down for Colorado, and wings Kelsey Cole and Mariah Lundstrum scored for Twin Cities. Johnson kicked a conversion, and the Amazons trailed 30-22 at halftime.

As mentioned, the wind made a big difference, and the Gray Wolves leaned into that advantage in the second half.

“The other piece was we started to connect a bit more on our passes,” Burke said. “We didn’t adjust well enough early in the first half and kept trying to move the ball in ways that it was not destined to do in that wind. We tightened up our lines and got closer so we could make those passes, and it allowed us to get more width and scoring opportunities.”

“I was really pleased with Jess Dombrowski,” Burke said. “She was incredible on defense at fullback and had some crucial tackles on some of their line-breaks that kept them out of the try zone. And then once we started getting more possession, she started to hit the line hard and wound up scoring three tries in the second half. … We always knew Jess was a really strong player but having her get the number of minutes she’s been getting has allowed her to really come into her own, particularly at fullback.”

The Amazons added a second-half try through wing Kelsey Cole, affording the fourth-try bonus point in the 72-27 final.

On the other side of the Red Conference, New York (3-0) made its second trip to the West Coast, this time to play Oregon Rugby Sports Union (0-3).

“ORSU made it very difficult for us to get any kind of flow in the game in the first 20 minutes. They started really strong,” New York head coach Ryszard Chadwick said. “They were quite effective with their tight five, not really moving the ball wide but being quite direct and physical. They have a strong, powerful pack, and they let us know about it. So we conceded a try before we actually woke up and decided to respond.”

ORSU flanker Zoe Wilson opened up the scoring, and then New York answered through Gio Cruz and Matilda Kocaj tries. Gianna Solomon’s conversion gave the visitors a 12-5 lead after 25 minutes. Minutes later, Liz Mastrangelo dotted down the Jesters’ second try and Tiffany Tate’s conversion tied it up at 12. But in the final 10 minutes of the half, New York’s Jennifer Fremd, Kocaj and Justina DeBruzzi all scored, and a second Solomon conversion put the visitors up 29-12 into the break.

New York traveled with a full bench and started working it 10 minutes into the second half. Its reserves scored three tries – two from Tiana Granby and one from Grace Murphy.

“It’s quite nice because now we’ve played 31-32 players in the last three games, so we’ve really been able to mix up combinations and get people game time,” Chadwick said. “I think we have 26-27 qualified for nationals. Strength in depth has been quite a good thing for us at the moment.”

“Jess [Salud] in the second row had a really good game,” Chadwick said after the lock’s rest week. “But again it was the same combination from the San Diego game, where collectively we played really well in moments. And there were moments where we definitely struggled with how they played and what they had to offer, which is good, to have those challenges.”

In Week 4, the Red Conference sees ORSU travel to Twin Cities, and San Diego head to the Colorado Gray Wolves. The Blue Conference sends Berkeley to Beantown, and Atlanta is scheduled for an away match against Chicago North Shore (0-2).